Exactly a year ago we have introduced a new Alert window in version 9.6. Since then, SpyShelter has been updated over 20 times. In the passing year, on top of various security and performance upgrades, we introduced World’s first cross-language Keystroke Encryption module for all applications, as well as World’s first Windows 10 anti-keylogging software. 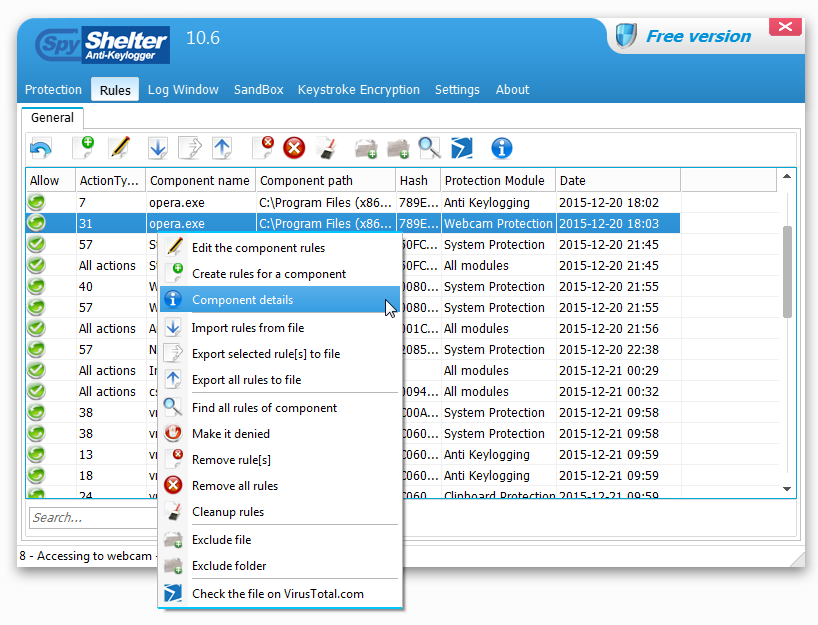 Default skin, menu, icons as well as some language packs has been updated. Naturally, old skins are available in Settings.